I'm currently reading Shoaib Akhter's biography "Controversially yours", and while reading it I was really touched by his modest childhood. He mentions on more than one occasion that his mother tried her best to make ends meet and that his father's salary was meagre. To top this, he was from a suburb of Rawalpindi, Morgah. Another interesting anecdote described is when he sleeps on a footpath in Lahore. These were certainly new things for me as I had always seen him as an arrogant, indisciplined fast bowler.
On the other hand, we have Salman Butt. Educated from Beachonhouse school system (an elitist institution) and belonging to a well-off family.
Salman Butt was sentenced to a 30 month jail term this year after he was found guilty of spot fixing in the Lord's Test. Shoaib, on the other hand, was always blamed for being indisciplined. But he was never, even by his biggest critics, blamed for match fixing. Never was Shoaib found lacking commitment.
Hence, while going through his book, I realized that there was another side to Shoaib Akhter, a side which was never revealed by the media. This has led to an increase in the respect I had for Shoaib. As he says in his book, "a man doesn't have to be a saint to do good things."
Posted by Jack at 7:33 AM No comments:

Making my own External drive - Part 2

As I had mentioned earlier, I was waiting for my external case it to arrive. It arrived today, which means that the only thing left is the hard drive itself.
The case is Welland's ME-745J which I bought due to its eSATA and USB compatibility. It is available on beliscity.com.

Email ThisBlogThis!Share to TwitterShare to FacebookShare to Pinterest
Labels: eSATA

Saeed Ajmal is Pakistan's new "premier" spinner. And who does he resemble? Pakistan's previous premier spinner; Saqlain Mushtaq. Where is Saqlain these days? Coaching in England!
Saqlain was an expert spin bowler and he was the inventor of the dusra (the second one), a delivery which spun like a leg spinning delivery rather than an off spinning one. Ironically, it was the dusra which led to Saqlain's downfall. He had started over using it.
So how is all this related to Saeed Ajmal? Well, other than the physical similarity in their actions, Ajmal is also over using his Dusra these days. Rameez Raja almost started crying when Ajmal used the Dusra for the umpteenth time in the test against Zimbabwe. Saeed should take it easy and use the dusra for the purpose for what it was invented - the surprise ball.
Posted by Jack at 5:40 AM No comments:

Making my own External drive - Part 1

As I've mentioned in my earlier posts, my laptop has an eSata port but nobody sells eSATA external hard drives in Pakistan. So, I opted for making my own hard drive.

The plan is to buy an enclosure which supports eSATA, and then install a SATA hard drive inside it. This would create a virtual external drive which I can use for backup and other things.
The eSATA to eSATA cable I ordered arrived today, fits perfectly into my laptop so no issues with the combo port.
The enclosure will arrive tomorrow inshAllah so I'll try to keep my blog updated on that.
Thats all the news I have right now :D
Posted by Jack at 12:09 PM No comments:

My Letter to the editor was printed in Pakistan Today's 12th August Edition.

Why I felt happy today?

Ayn Rand rightly said:
"Happiness is that state of consciousness which proceeds from the achievement of one's values."

Why do I feel happy today? The story goes something like this. I pray at this mosque which is close to my house. A few days ago, the one of the taps, from which we use water to perform wudu, started leaking, so I informed the muazzin about the issue. Unfortunately, it wasn't fixed and the water kept leaking. So today, after a week of seeing the tap leak, I took matters into my own hands and tapped the leaking portion of the piping.

Now this is not to show that I'm the "Mr. Selfless and Helpful" but to say that the matter was fixed. It only took me 2 minutes to stop the leakage and it cost nothing. So I was thinking, how many problems do we have in Pakistan which could be fixed in the same way. If we all start doing our part, we could save water, electricity and even clean up our roads. 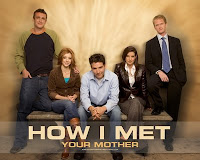 The preview for the 22nd episode of season 6 of How I met your mother states that Robin will meet a crush. My guess is it is going to be the WANG GUY from blitzzgiving episode.
Posted by Jack at 11:00 AM No comments: