Mortein started with this capped hut design for their mosquito repellent machines in 2005. 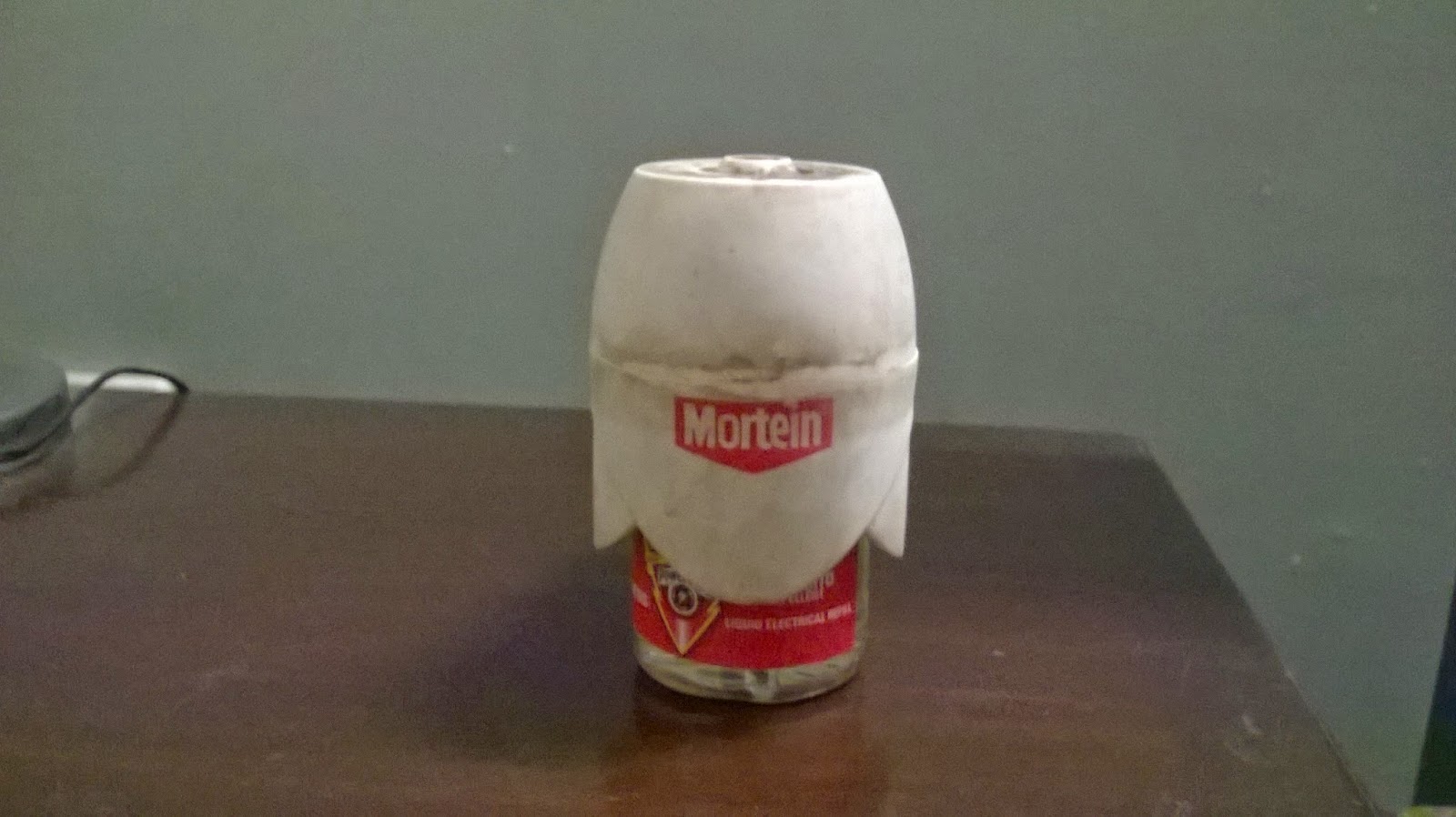 This was later replaced by this red and white ball design which was aesthetically pleasing to the eyes. 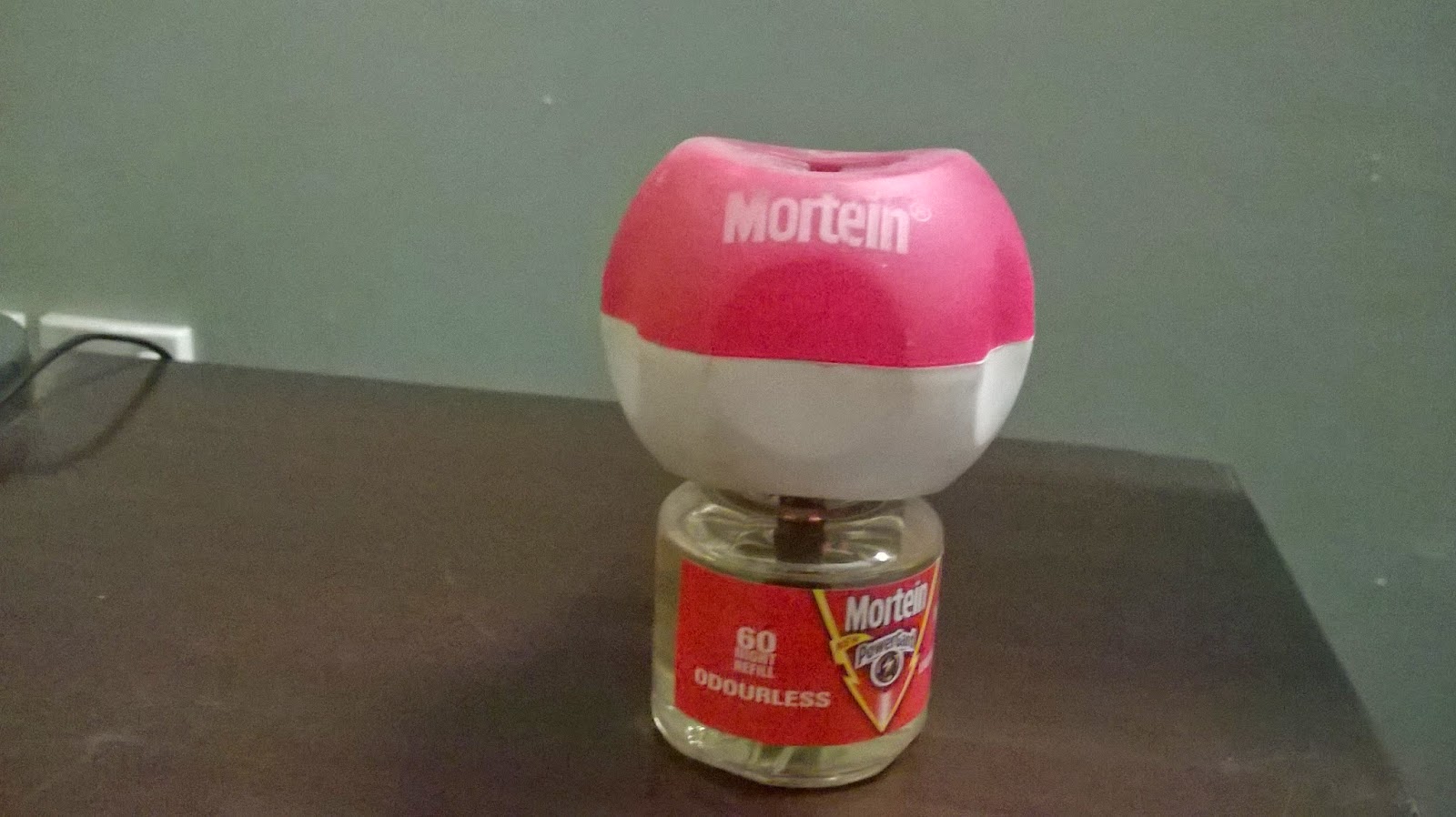 The third and latest design is this red and grey ball design with the addition of of a vaporizer control which allows users to reduce the emission of repellent liquid according to their requirements. 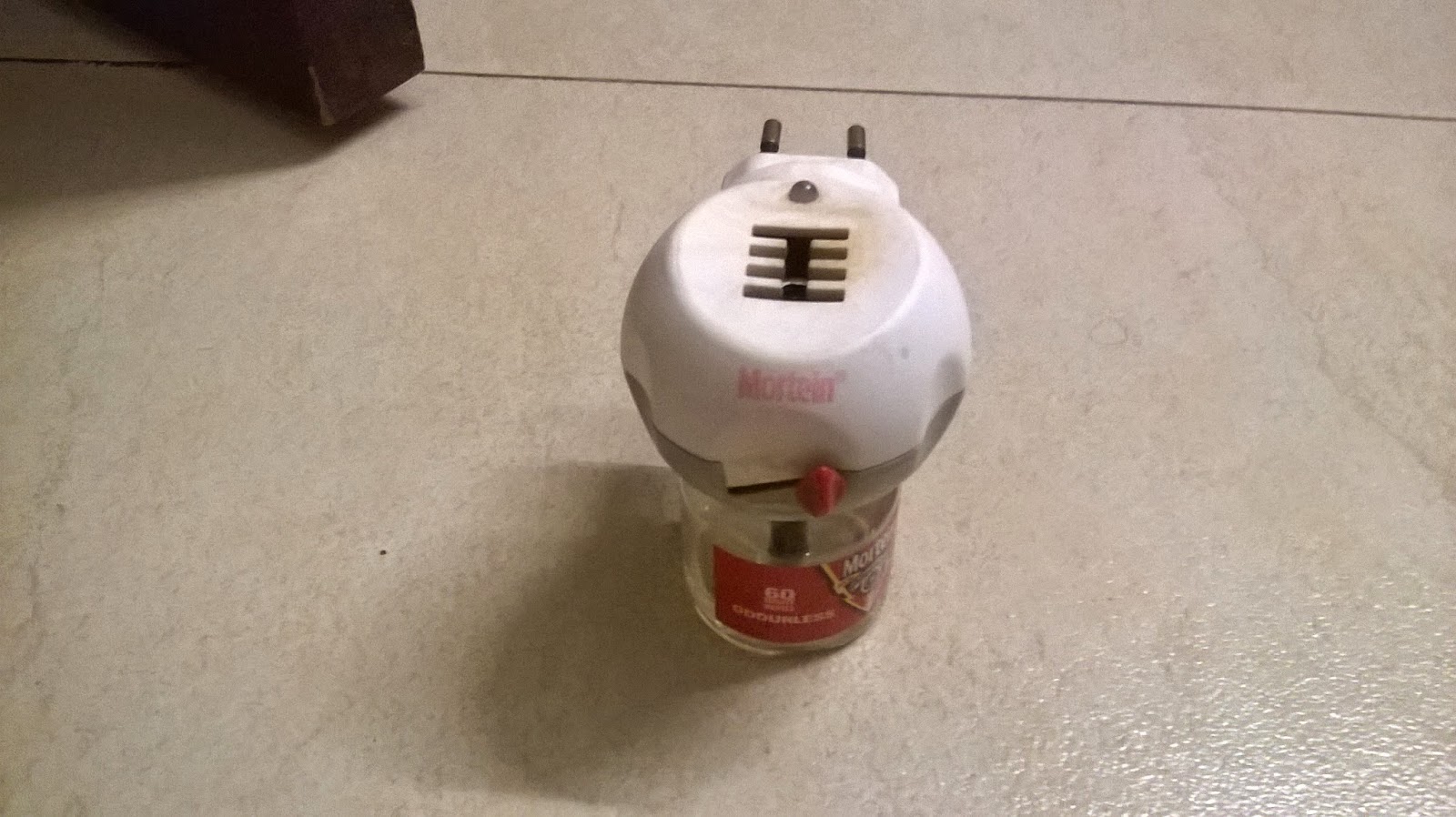 We all remember October 8, 2005. Nine years ago, a massive earthquake measuring .... On the richter scale razed buildings in north Pakistan, causing .... Casualties. A natural disaster of this magnitude could not be predicted. But could the number of casulaties be lowered if God forbid such a calamity was to hit Pakistan again?
After the earthquake there was talk during circuitous transmissions on TV of preventive measures. Have we done enough during the last nine years?
I distinctly remember drills being conducted in my school (among other places) in the aftermath of the earthquake. But as time passed such exercises were not repeated.
There was also talk of building design inspection and approval of buildings, but even at that time I was skeptical of this practice bring adopted, let alone it bring implemented in letter and spirit in the long run.
So nine years after disaster struck, we are as unprepared as we were in 2005.
Posted by Jack at 10:04 AM No comments:

Last year, while working on a World Bank project on reforming Water and Sanitation Agencies (WASAs) of Punjab, I came across this astonishing fact: Groundwater in Lahore is being depleted 3 metres each year due to pumping for household and commercial use. This was a shocking revelation since Lahore received ample rainwater in the past few years. Further research highlighted that the water level had fallen 60feet from 1993 to 2012. Not only does the fall in water level make it harder to pump water out, it also exposes the citizens to arsenic waste that is found deep underground.

While working on the same project I met Dr. Nasir Javed, the geriatric but focused CEO of the Urban Unit. Mr. Javed is a big critic of the WASAs and their service delivery. He blamed the attitude of WASA higher ups for the fall in the ground water level. The overpumping of groundwater with tubewells seemed to be the problem. Moreover, WASAs had to buy extra equipment to remove water from flooded roads in monsoon season, which flushed water into sewers without recharging the ground warer. Mr. Javed was also working on a project known as "Rainwater harvesting". This entailed using the water from rains in Lahore - which is quite abundant in the summers - and using it for non-potable measures such as toilets and washing. Moreover, this harvesting also recharges the underground water aquifer. This project would also prevent flooding of roads since the water would seep underground in the artificial ponds.
More research helped me look at other places this practice had taken place. In Chennai, India, a law was passed to install rainwater harvesting equipment in all homes and offices in a period of one year. This practice helped raise the water level from 50feet to just five feet. Moreover, the water qualify improved.
Dr. Javed's appeals to the government finally bore fruit in 2014 when an amendment was proposed to the LDA zoning and building regulations requiring "all buildings to be constructed in future in Lahore should have provision for rooftop rainwater harvesting. Collected rainwater may be utilised for all purposes other than drinking." A similar law was passed in Chennai which helped the municipal government raise water level.
As of 10th June 2014, LDA plans 39 water catchment points to be used for Rainwater harvesting. Two of these are underconstruction at Qaddafi Stadium and Lakshmi Chowk.

I have always been a NOKIA mobile phone user (except my Sony Ericsson K510) even in this age of Android dominance. The Windows Phones offer me a value proposition which Android phones just can't. But I cant say that I'm not unhappy with NOKIA.
I bought Lumia 610 in 2012 only to learn that Microsoft was about to introduce Windows Phone 8 which would not be available for my set. I hadn't recovered from the shock when I learnt my Windows Phone 7 software didnt even support USSD which was available since the time the first GSM phones were introduced. Nokia took no step to correct this anomaly even when they introduced WP7.8.
Then, I upgraded to WP8 Lumia 525 as I use USSD heavily. The experience was appreciable until I started having problems of my phone shutting down erratically. After browsing the internet, I saw people using LUMIA 520 complaining about the same problem. People had offered the solution of inserting a small card under the battery in order to improve the battery's connection to the phone.
Now, what I don't understand is, why is Nokia taking such a nonchalant approach to these complaints? If Lumia 520 had this problem, wasn't it Nokia's responsibility to fix it in L525? Nokia should look at their weaknesses if they want to expand in the territory of Android and iPhones.

It's deja vu as Microsoft is hell bent on losing the miniscule market share it has left. Just like it didnt update Win Phone 7 mobiles to Windows Phone 8, it has now left many Windows 8.1 phones in the dark when it comes to updating to Windows 10 mobile (including my L525). Although the Redmond firm had states earlier that all W8.1 phones will receive the update, many have been left out.

In hindsight, it is a relief that Microsoft / Nokia stopped manufacturing Lumia phones. Each one I used had a debilitating problem with no solution. A summary is provided below:

With all the talk surrounding Windows 8 (and 8.1) and Windows XP's support deadline, I feel people have been harsh on Microsoft.
I wouldn't elaborate on any cool features Windows 8 boasts but rather the stuff that I care about. Windows 8 enhances Windows 7's functionality.
Win7 was a great system, yet it had one issue. Whenever I used my favorite flashdrive (sandisk), and I chose to safely remove it, the blue light would stay on. Even after searching the whole internet I couldnt find the solution.
Then I upgraded to Win8 in 2013 and bam! The light went off when I safely removed the USB. Moreover, Win8 displayed a picture of my USB as the icon, something which Win7 never did.
So in addition to the important features, Win8 packs some small tweaks which make it efficient.
Posted by Jack at 11:36 PM No comments: 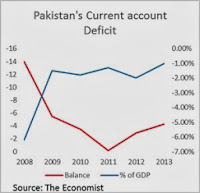 As Pakistan saw a safe transition of governments, the first thing that Finance Minister Ishaq Dar had on mind was the country’s current-account deficit. Current account deficits have always been viewed with an evil. It doesn’t need to be this way.
The major misconception that newspaper readers have about the current-account deficit is that it slows down economic growth. This isn't necessarily true. The deficit exist because a developing country is currently in need of expensive machinery which it is importing from abroad. The installation of this machinery would help the country increase its production and hence increase growth. Moreover, growing aggregate demand can also cause a current account deficit as the demand for imports rises.
This argument should be rectified by saying that the higher the deficit goes as a percentage of the country's GDP, the lower will be growth of the country. Pakistan's current-account deficit is shown in the graph above (primary Y-axis inverted). It is interesting to note that the closest Pakistan came to achieving a surplus was in 2011 and even then it was around 1% of the GDP.
As of now, the deficit stands at around 1% of GDP but the total value has increased to $4 billion. The appreciation of the rupee in the recent months has decreased exports and increased imports hence putting pressure on the current account balance.
Posted by Jack at 12:27 PM No comments:

It's just 8 days to the start of the Winter Olympics 2014 in the Black Sea-neighbouring city of Russia. As has always been the case, Pakistani authorities find ways to mess up. The ongoing tussle between Pakistan Olympic Association (headed by Lt Gen (r) Arif Hasan) and the Government backed National Olympic Committee (formed under the controversial National Sports policy and headed by Akram Sahi) could lead to the suspension of Pakistan's membership of the IOC. This would mean Pakistan's sole representative at Sochi, Muhammad Karim may not be able to travel to Russia, endangering Pakistan's already thin participation in the games. Karim, a teenager, is a participant in the men's slalom and giant slalom competitions. The government.
The feud started when the PML-N based government decided not to acknowledge Lt Retd Arif Hasan as the POA president after he won the seat in an election in 2012 (and defeating Sahi). The government introduced its National Sports Policy, leading to the formation of a National Olympic Committee headed by Akram Sahi. The IOC recognizes the POA headed by Arif Hasan. It has warned Pakistan that to sort out the mess by 31st January 2014 or face suspension.
IPC Minister Riaz Pirzada has clearly stated that the Government has no intention of accepting the POA under Arif Hasan which means that the suspension is imminent. This would deprive young Karim of a chance to unveil his talent at the international stage.